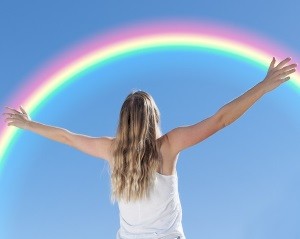 Recently I read about the latest Christian to have his First Amendment rights trampled by the government in the relentless march to normalize homosexuality. Among the usual christophobics (a word I just made up!) who were commenting on the story was a woman who called the man an “idiot” because “He actually thinks people choose their sexuality.”

It’s common for Christians to counter this argument by insisting that homosexuality is rooted in learned behavior, not genetics. Returning to the comment thread at the link above, notice “Mary” who responds by writing “He’s no idiot! Sexuality IS a CHOICE!”

Whether true or not (and the latest science seems to indicate the truth is somewhere in-between) it’s a poor response for two reasons: first, it’s theologically incomplete, and second, it misses an opportunity to get people thinking about what Jesus really did for us all on the cross, and why it had to be done.

Of course Christianity teaches the common sense fact that we’re morally responsible for our choices. Pretty much every religion teaches that. What most other religions don’t answer is the question:  Why is sin is so tempting? Why are we more tempted by one particular sin than by another? Why do we choose to do things even when we know they’ll harm us or those we love?

Christianity has a core doctrine which answers all of these questions, a bombshell of an idea that makes Christianity different, which is this: we’re compelled to make bad choices; it’s in our DNA.

We’re compelled to make bad choices; it’s in our DNA.

This is called the doctrine of “original sin.” The name comes from the original sin, the first sin, which according to Christian theology, caused a fundamental shift in human nature.  Although most analogies fall short, in this case there’s a nearly perfect parallel. Think of sin as a harmful and addictive drug which alters the chemistry (or genetics) of the mind, causing an irrational compulsion to take more of the harmful drug. And just as addicted mothers often give birth to addicted babies, Christianity explains that the compulsion to sin was passed down from the first sinner to the next generation, and so on and on throughout the generations, right down to you and me.

Does this mean we can’t help sinning? Yes, absolutely. The proof of this is in everyone you know, because of course nobody, not one single solitary person, is or ever has been perfect.

Does it mean it’s unfair or unjust to punish sin because it’s “only natural”? Of course not. Clearly, there must be deterrents to keep us from stepping outside the limits of acceptable behavior, whether we’re born with a desire to go beyond those limits or not. In fact, the more deep seated a sinful desire may be, the greater the argument for limits on that desire. Think of any of the Ten Commandments (or at least the last five if you’re an atheist) and then imagine a society without such limitations, and you’ll quickly see my point.

For a Christian then, the “nature or nurture” debate is a false dichotomy. Every time we sin, we freely choose to do it even though we know it damages ourselves and others.  We need to own that. Unfortunately, we can’t always make amends, which is a serious problem if one believes in justice. And it’s an equally serious problem that every choice to sin is motivated by something deep within us, something which makes us want to sin, some warped and twisted thing that we can’t change because it’s in our spiritual DNA, and maybe in our genes.

So it’s not about nature or nurture. It’s about nature and nurture. And this returns us to the second reason why it’s best not to insist that “homosexuality is a choice.” That response ignores half of what Jesus did for us on the cross, and half of why it had to be done. In the name of justice, Jesus sacrificed himself to make amends (atone) for the damage we’ve freely chosen to do that we cannot undo. He also died to heal (save) us from the warped and twisted sinful inclinations we can’t overcome. That’s why you see Jesus’s sacrifice on the cross explained in both ways in the Bible. In some places, it says Jesus atoned for our sins. In other places, it says he saved us. Like nature and nurture, it’s two different things. Two different reasons Jesus took our place on the cross. And two different reasons to be grateful.

There’s a list over at over at GoodReads, called “The Worst Books of All Time.” As a novelist and as a Christian, that list saddens me. Why? Because some of those titles include To Kill a Mockingbird, Billy Budd, The Red Badge of Courage, Tess of the D’Urbervilles, Forest Gump, Fahrenheit 451, Dune, Stranger in a Strange Land, and The Pearl.

While discussing it with some fellow novelists, one said many books by Christians are poorly written. She then felt the need to qualify her statement by affirming that she thinks there are lots of well-written novels by Christians. Probably she didn’t want to hurt anybody’s feelings, and that’s laudable, but it seems to me she had it right the first time.

It’s true many novels by Christians are poorly written. That’s also true of many other kinds of novels. In fact it’s true of most novels of every kind, and readers let writers get away with it because readers too are mediocre. Most of us don’t really care about excellence in literature, or in architecture, sculpture, painting, dance, drama, government, commerce, marriage, or anything else in life that ought to matter. The list at GoodReads is just one of countless proofs of this which can be seen around us everywhere.

What interests me, is why. In our discussion about the “Worst Books” list, some of my author friends speculated that so many people dislike those novels because they were forced to read them in school and disliked them then. But these books truly are works of genius—most of them are, anyway—so why didn’t we love them in the first place?

The answer has to do with what it means to live in a fallen world. As creatures made in the Creator’s image, we were designed to use our gifts to their utmost, and to savor excellence in our neighbor’s use of their gifts. It’s impossible to imagine the words “good enough” being spoken in the Garden before the Fall. But we did fall, and one of the things we lost was our ability to throw ourselves into living with complete abandon. “Good is the enemy of great,” as Jim Collins wrote (paraphrasing Voltaire). Thus, in settling for good enough, we have rampant mediocrity in the world.

It’s impossible to imagine the words “good enough” being spoken in the Garden before the Fall.

Another thing we abandoned in the Fall was our ability to perceive the true extent of what we’ve lost. When expediency and ego dilute the full potential of even our best writers and artists, the audience, being also lost, doesn’t know enough to care. Therefore they applaud what little they can get, and their applause rewards mediocrity. This in turn inspires the production of more mediocrity, and the cycle builds more and more support for itself until mediocrity seems normal, or even (God forbid) good. Because that lie has become pervasive, the true nature of goodness is difficult for even Christians to remember. Thus we have rampant mediocrity even in the church.

The faithful Christian’s life should always include a sense of resisting mediocrity at every turn. It’s a command and a duty. “Whatever you do, do it will all your heart, as if for the Lord and not for men.” (Col 3:23) It’s no coincidence that this command includes the same requirement for wholeheartedness as the Greatest Command of all, to “love the Lord your God with all your heart….”

How can we love the Lord with all our heart? By living every part of life with all our heart. By not settling. By always striving to improve. In other words, as with all of His commands, the Creator simply wants us to live (write, marry, work, etc.) as we were originally created to live…with complete abandonment to what we truly are, which will reveal itself in the constant exercise of excellence in all our gifts.

Don’t believe the lie of “good enough.” You were created to be so much better than that. Strive for excellence in everything you do. In little things as well as big, live with all your heart.

My theological curriculum vitae is as follows: a Southern Baptist childhood, a lost decade of agnostic hedonism, a flirtation with Zen Buddhism, five years of Torah study with several rabbis at a Reform Jewish temple, and many more years in deep discussion of the Bible’s mysteries with fellow wayfaring strangers. It’s not much, but at least it’s not a doctorate of divinity. 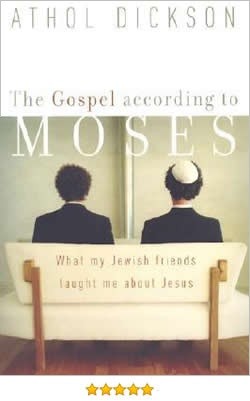