Ever since I saw 20,000 Leagues Under the Sea as a boy, I’ve been fascinated by boats in general, and submarines in particular. I spent a lot of rainy days during my grade school years drawing designs for my father to build in the garage. It seemed obvious the contraptions could be cobbled together easily from empty oil drums, if only Dad would cooperate. Alas, he had other plans.

One design that seized my imagination early on was real.

The H. L. Hunley was a people powered submarine used by the Confederate forces in the War of Northern Aggression to sink the Union sailing ship Housatonic which was part of the blockade of Charleston harbor. The Hunley also sank that night, for the third and final time. It’s a fascinating story filled with courage, romance, and a Dickson (although he spelled his name incorrectly) which you can see here.

The H.L. Hunley has been found and raised. It now rests in a giant water tank at a museum in Charleston. I visited the museum a couple of years ago, and highly recommend the experience. This morning they sent an announcement about their 12th annual oyster roast, which I am posting below for those in the Charleston area area who may be interested in oysters, BBQ, scientists, history and…submarines! 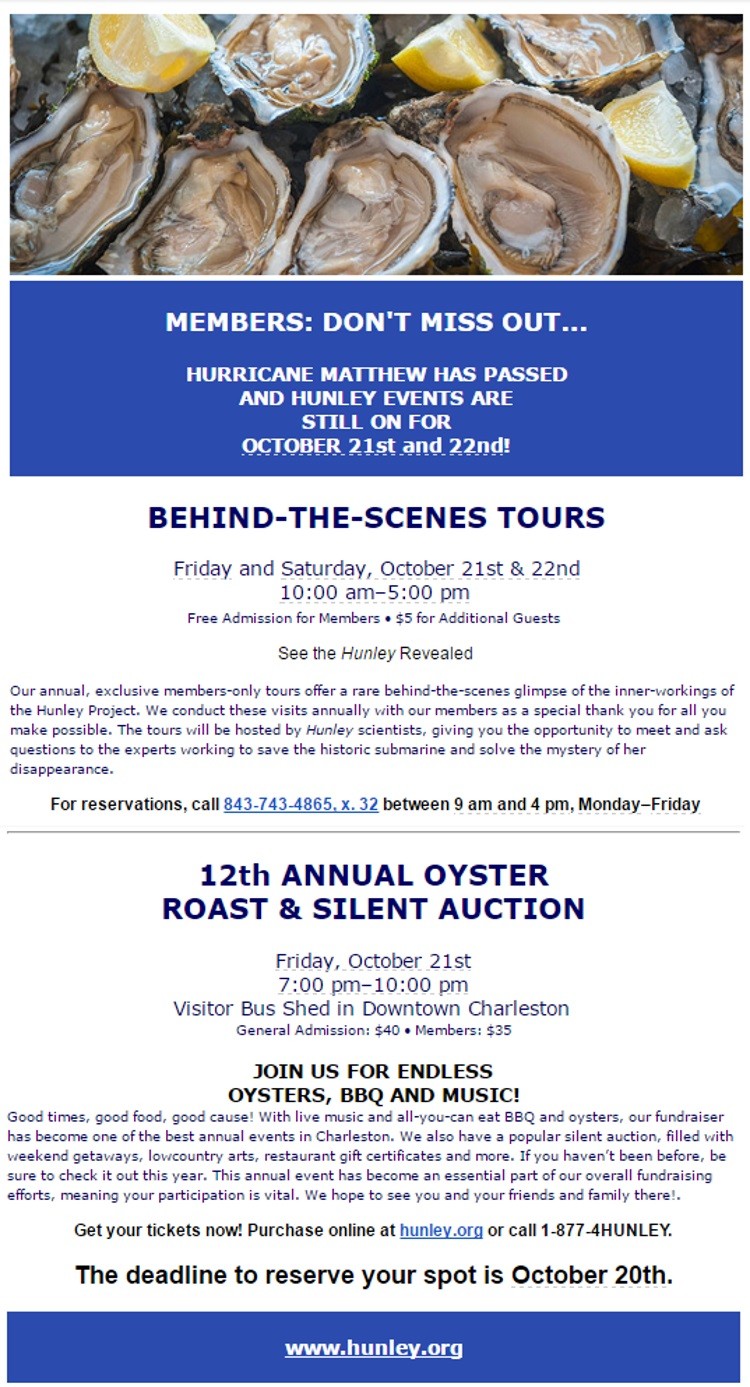